Our surfing forecast for Lake Michigan is updated every Monday and Thursday morning by meteorologist and surfer, Dr. Fresh (see his bio below). New to Great Lakes wave forecasting? Dive in deep with our resources below the forecast.

SURF QUALITY KEY (for daily summary below, not map above)

Summary: High pressure moves into the lake as we approach the end of the week, which will build junky west wind waves for the southern portion of Lake Michigan for Thursday and Friday. Saturday and Sunday look pretty non-eventful in terms of waves. A bigger storm will likely bring stronger winds and bigger waves into the early part of next work week.

First thing's first: want to go really deep into Great Lakes wave forecasting? Scroll to the bottom of this page for the live webinar we did in October 2018.

While predicting waves on most ocean coasts has become a science of its own, with countless surf reports, surf-specific web cams, and detailed forecasts, surf forecasting in the Great Lakes is in its relative infancy. To put it bluntly; you have to work at it. Fortunately, there are now numerous resources available, mostly via the World Wide Web. Read on for a look into surf forecasting on the Great Lakes.

Finding waves is easy. Finding good waves is the challenge.

What makes waves? It's simple: wind. We need wind to make waves, but we also need a good stretch of water for the wind to blow over to produce those waves. That brings us to something called fetch - the length of water the wind is blowing over. Look at any beach on a map and find the longest amount of fetch connected to the beach, and that will tell you what wind direction you need to make waves at that beach. And, keep in mind that a stated wind direction means the wind is coming from that direction (a north wind blows from the north to the south).

Some beaches get waves from many directions, but the above example would theoretically build the biggest waves. The size of the waves depends on factors such as wind speed, wind direction, wind duration, the amount of fetch, and the bottom contours over which the waves are breaking; but the fetch is probably the most important factor. An example? If you were in New Buffalo, on southern Lake Michigan, a west wind (blowing from Chicago to New Buffalo) only has about 50 miles of fetch, but a north wind (blowing from the Upper Peninsula) has about 300 miles of fetch - which wind direction do you think produces bigger waves in New Buffalo?

Assembled here are some of the most functional and easy-to-use online tools for finding waves in the Great Lakes. Included are wind maps, wave models, and other relevant links that can be found in any serious lake surfer's online arsenal. Read the description for each, then dive in and start to get to know them. Your reward? Good, uncrowded waves that even an ocean surfer would be stoked to find.

WHO IS DR. FRESH? 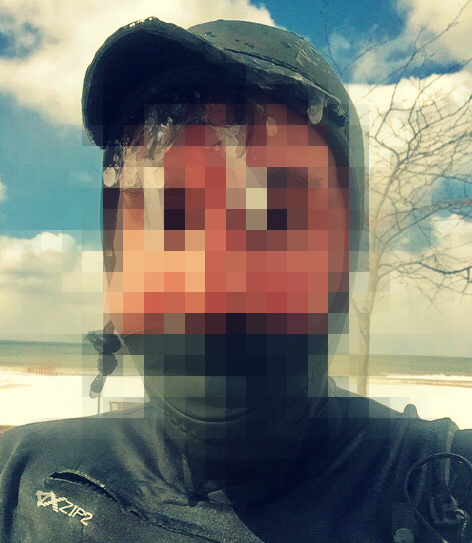 Our forecasting expert, Dr. Fresh, is a Midwest transplant from the East Coast. Like most of us, he makes the best of his situation and tries to think he can actually surf a lake. When not attempting this, Dr. Fresh can be found looking at weather maps trying to nail down our next swell. He has a degree in atmospheric science and is a meteorologist by profession (yep, on TV), so we'll just assume he knows what he's doing.